Meet winery owners and founders, Robert and Peggy Channon as they personally greet visitors and guide them through wine tastings at the cellar door.

“Visitors seem to appreciate the experience of tasting with us, the owners of Robert Channon Wines.  We have both been hands-on and at the forefront in the cellar door as well as the vineyard and the winemaking since the winery first opened.”

Peggy has an unending love of meeting people and Robert brings his story telling and quick-witted humour to every tasting.

What they did before the winery:

Peggy was a teacher and Robert a solicitor, both successful and neither holding thoughts that one day they might cast it all aside to embark on a new life in the wine industry together.

Robert was born just outside of London, in Shepperton, England and went to school in Sussex.  He graduated in Law at Cambridge University, qualified as a solicitor and worked with a London firm.  Robert came out to Australia at the end of 1973 to escape the miners’ strike in the UK.  Arriving just as Mr Whitlam’s recession was in full swing, Robert drove a taxi in Sydney for a few months before landing a job with one of the big firms, Freehills where he became Partner.

Robert and Peggy met when they were both singing with the Sydney Philharmonia Choir. Music is a joint passion for them and Peggy is a fine pianist, hence the Winery’s annual concerts.

How they came to build a winery

“We don’t quite know how or when we chose wine, except that we both love drinking wine and my father was a great wine drinker and knew lots about wine, so I suppose it was in my blood early on like anti-freeze.”

“Peggy has always wanted to be on the land rather than in the big cities.  I’d spent about 35 years as a solicitor and I’d done most of the things I wanted to do in law and at the vigorous young age of 55 I thought it was time to do something ‘useful’.”

“We were living in Brisbane and came out to the Granite Belt and had a look around. There were some really great wines here, although also some interesting wines of local character (ie terrible ones) as well at that time, but clearly you could make some great wines here on the Granite Belt if you were set up properly, so that’s what we decided to do.” 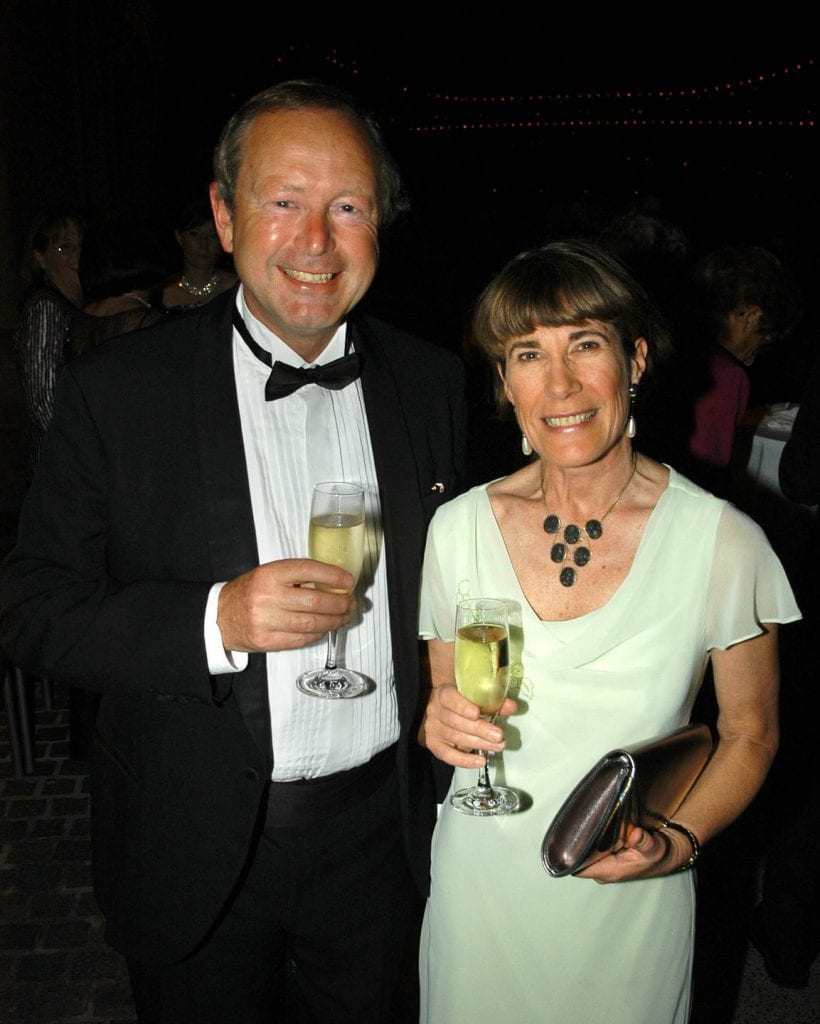 Argentinian born and raised in Spain, head winemaker of Robert Channon Wines, Paola Andrea Cabezas Bono has been making wine for 27 years… 2021 is her 34th vintage!

“Passion is a massively overused word in relation to production of wine, but Paola does in fact exude passion.”

“She throws herself into the task wholeheartedly, including throwing herself wholeheartedly into the tank at times!  She is a very inventive and very adaptive winemaker, because one of the things about a small winery is that you are limited by the fruit that you are getting in.  With limited choices and picking smaller quantities, such as 10 tonnes of Verdelho, you’ve got to do what that fruit will let you do and Paola is very good at doing that.”

Paola’s winemaking journey began when she enrolled in a Spanish wine college, despite never having drunk a drop of wine!  Quickly she discovered there was nothing else she would rather do than winemaking.  As a student, Paola recalls being told that she would never get a job as a winemaker because she was a woman.  However Paola’s passion led to push on to become a successful winemaker, ultimately picking up awards in Spain, Argentina, Australia and France.

Early in her career, Paola received the first and only gold medal in Burdeos 1997, with a tempranillo at the Coop of Villar del Arzobispo in Spain.  Also in Spain, Paola operated her own specialty wine shop, before turning her hand instead to making wine in 1999, working at 'Finca Luzon' in Jumilla.

Paola, moved from Spain to the Granite Belt, Australia in 2001, first working at Ballandean Estate, Heritage Estate and Summit Estate before Robert Channon invited her to be winemaker at Robert Channon Estate in 2014.

Paola cooks with as much passion as she puts into winemaking and prepares gourmet picnic baskets available for purchase at Robert Channon Wines.  Paola also produces a line of Paola’s the Winemaker’s Kitchen artisan foods, available for sale in the cellar door.

Paola and THAT PICTURE!

Paola describes watching the George Michael video for ‘Freedom’ and wanting to be Cindy Crawford, “but I’m not Cindy Crawford” she says with a laugh.  Then later she saw a famous photo of Whoopi Goldberg, looking fabulous in a milk bath.  So when Paola was studying winemaking she thought to herself that one day she would like a photograph of her in a bathtub with grapes, something between Whoopi Goldberg and Cindy Crawford.

Then many years later in 2014, a photographer for Australian and New Zealand Grapegrower and Winemaker Magazine requested a photo of Paola.  It was vintage at the time and so Paola told the photographer to come back tomorrow and she would be ready.  Seeing her opportunity to live out her long-held dream, Paola set out the barrels beautifully around a tub of grapes ready for her to be photographed in.  The result was magic!

Paola describes the set-up of the candles around her in the tub of grapes as being not primarily for the photo, but for safety because the wine was fermenting.  The candles acted as an indication of the oxygen level before she entered the tub, as if the candles were to go out it would be a tell that there was not enough oxygen.

“It was fabulous, it was like a bubble bath, with the fermentation bubbles”.

Ever ready with a humorous tale, Ash is the shaggy-bearded, happy face greeting many wine tasters at Robert Channon Wines.  He is also our assistant wine maker with a degree in Business Management and Wine Science. He has a lot of experience in running cellar doors and wine tastings.  He joined the Robert Channon team in 2020.

“Ash has a great sense of humour and you can tell when you walk nearby if it is Ash conducting a wine tasting because there  will be gales of laughter all over the place.  Wine tastings with Ash are A) fun and B) well-informed. He has a great technical knowledge of winemaking and explains that knowledge very well to cellar door visitors, who absolutely rave about his wine tastings.”

Clark is a long time Stanthorpe local (despite the misfortune of being born in New South Wales) and on a visit to Robert Channon Wines, Clark can usually be spotted out in the vineyards, where he has been tending the vines since 2016.

“Clark lives just up the road in Amiens and treats our vineyard as if it were his own, working day and sometimes even night.  He is an invaluable part of our little team and it’s hard to think of anyone who takes more detailed care of a vineyard than he does. Making high quality wines starts with growing high quality grapes in the vineyard and that is exactly what Clark does for us.”

Most days she escorts people in from the carpark… that is if she’s not on one of her occasional ‘lazy days’ when she appears to be asleep but is actually supervising.